Are you afraid of God?

If your childhood was anything like mine, you grew up thinking that God would strike you down with a lightning bolt if you got out of line.

Maybe you assumed that God didn’t like you….. He disapproved of you….. And when you asked Him for help, it annoyed Him.

Or, maybe you obsessed daily over repenting, and asking forgiveness for your sins constantly. Because you feared that if you unexpectedly died, and didn’t have one of them confessed…. you’d go to hell.

Well, these are just a few of the things that kept me “in line”, (and in fear), for a good portion of my life.  That is, until about 6 years ago.

THE THINGS I WANT TO DISCUSS IN THIS BLOG POST ARE:

1.The ways I USED to view and perceive a relationship with God.

2. That I have now come to find that I had a VERY wrong opinion of who He was, and is.

3. And what legalism is, and how it kept me in bondage and fear.

I used to feel that God was very far away from me, and I wondered if He even heard my prayers, let alone cared to answer them.

Now, I know that He is the closest to me that He could ever possibly be! Because His spirit lives INSIDE of me! At all times. (That’s what happens when you receive salvation).

In my last Testimony Story blog, I talked about which type of testimony I had. Did my life resemble that of the prodigal son? Or that of a Pharisee? To find out what the difference is and where I started from, CHECK OUT THAT BLOG POST HERE .

Which brings me to this post, what did my childhood actually look like, (as far as religion goes), and how has it affected me and my testimony?

When and Why I got saved.

If you would have asked me 6 years ago (or before) when I had accepted Christ as my savior, I would not really have known how to answer you.

As I have mentioned in the previous post of this blog series, I grew up in church. Always having heard about- and learning about- God. There was never a time when I can even remember hearing about God for the FIRST time. I just sort of always knew.

I learned all the mainstream bible stories. David and Goliath. Jonah and the whale. Daniel and the lions’ den.

BUT…. that didn’t make me a Christian, or saved.

Also, because of my confusion about God, His promises, and the finished work of the cross…. I was CONSTANTLY getting saved all of the time! I was getting born-again, AGAIN! And again….and then again! (I later leanred that that’s not even possible!)

I had been to several alter calls; and even when I didn’t officially go to the front to get saved…. I was constantly BEGGING God to forgive me, come into my heart, and save me.

NOW, however…. over the last several years the Lord has shown me that I was saved ever since the first time that I asked….

Which was when I was about 6 years old.

I remember it, in Sunday school. The teachers explaining what it was, and why we needed to do it. I don’t remember any of their explanation, but I remember raising my hand, and praying the prayer they prompted me to.

That was the FIRST of many of these prayers…. but God has shown me that none of those additional times were necessary. You cannot get more saved than saved! If you are saved, then you have been made a new creation, and you receive God’s righteousness in exchange for your sins. ALL of them.

And that is that! (More on this in a future blog post. Can’t get ahead of myself).

How I grew up.

As I grew older, I carried the thought process that God was an angry, wrathful God. Who wanted me to behave, follow the Ten Commandments…. or else.

Well, it’s almost hard to remember sometimes. But I guess I thought that He wouldn’t love me anymore. He wouldn’t let me into heaven. Maybe he wouldn’t help me in times of trouble? I couldn’t be a “Christian” if I wasn’t “good”. Ultimately….. all the fears I had led to hell.

As I got a little older, and entered middle school…. my fears really started to show themselves outwardly. Because, as we all know…. middle school, (and beyond), is a playground of temptations.

I didn’t curse. I didn’t go out with boys. I didn’t lie, cheat on tests, go to parties, or break the rules.

I was known as “the goody-two-shoes”, or the “good church girl”. And to be honest with you, none of it ever bothered me. Because I would have rather been “safe” than to fit in, or be “cool”.

This carried on through high school and into my adult life, in many other ways.

Although I look back now and I’m bummed because I know that all of that religious bondage and internal distress was not necessary….. It still had its benefits. Like keeping me out of heaps of trouble, and saving me from all sorts of drama and the hurt that comes along with that. I wouldn’t want to go back and do all those things I listed before, I really didn’t have much of a desire to…. (Which I later realized is because I had the Holy Spirit all along, and didn’t know it. Once again, more on that in a future post).

But I just would have been free in my mind. Free from condemnation. I would have watched a movie with a curse word in it for goodness sakes! I would not have been so judgmental, putting my peers in their own little boxes of stereotypes, and making assumptions about their relationships with God! I would have be-friended the people that were doing the “bad” things. Most importantly, I would have been able to have an actual relationship with God.

Also…..I would have been able to help a lot more people. Which is what the devils plan was all along. That’s why he loves legalism, condemnation, and religious bondage. The people who are bound in them are too focused on themselves to look outward and really help the hurting and lost world around them. If satan can’t get you to hell, the next best thing is for him to keep you bound up in so much religious fear and bondage that you are no good for the kingdom of God. He doesn’t want you to bring anybody else to heaven with you! I could go off on a tangent, but I’ll save it for another time.

All of this is embarrassing to admit to say the least. But I am so so happy, grateful, and blessed that Jesus did not give up on me and leave me in that bound and fearful state. He pursued me, and took years just to get across to me the TRUE Gospel message. So that I could be set free by the truth and start doing things for the Kingdom of God. (Yeah…it took years….that’s how committed I was to those legalistic and religious ideas).

Legalism vs. Relationship with God.

You may have noticed that I keep using the term “legalism”. I did not realize it at the time, but I was living under some pretty intense legalism.

The dictionary defines it as: “Dependence on moral law, rather than personal religious faith.”

A more urban way of defining it would be to say: Putting RULES above RELATIONSHIP. Putting LAW above GOSPEL.

The “Law” is the referring to the biblical law of Moses (AKA the 10 commandments and such)….. and the way things were done in the Old Testament of the Bible.

And “The Gospel” is referring to the New Covenant teachings of Christ, and how things were done after His death and resurrection, by His disciples and everyone after.

(I hope you are following. Feel free to ask questions in the comment box below.)

I mentioned a few examples before, about how legalism controlled my life.

I was against piercings that weren’t in your ear. Tattoos were definitely a no-no. Of course you better pray before each meal! R-rated movies were not an option, and most PG-13 weren’t either. You’re clothing better not be showing anything other than your arms, legs, and face…..

But it wasn’t until later in life, when God really got ahold of me….. That I started to recognize even deadlier aspects of legalism….

Like self-righteousness. Pride. Spiritual Blindness. Hypocrisy… aka- not being able to see the beam in your own eye. (These are all loaded with deeper meanings).

Legalism causes you to be dependant on your OWN good works instead of the finished work of Jesus on the cross. And this is how all of the things I just listed grow in our hearts. It causes us to think we’re all that, we’re so good, we got it all together, and to judge everyone else who doesn’t.

The roots of legalism can run very very deep. And large parts of my testimony thus far have all revolved around removing it, and its roots and seeds, from my life!

How did rule-keeping, the 10 commandments, and the Old Testament keep me from having a real relationship with God? And even cause me to be hypocritical?….

I know I have been saying this a lot, but we will be getting into this in much more detail all through-out this blog series! Hence the purpose of this series. *wink*

I used to be afraid of God…. I used to think He was so far away that He may never listen to my prayers. And even if He did, He wouldn’t answer them if I was not “good” enough at that point in time. Like I was working on some sort of point system with Him.

I used to feel the need to ask for forgiveness constantly, and get born-again constantly.

I lived in fear of not ever really knowing if I was saved or not, and going to heaven or hell.

Constant pressure was on me to do everything right, and never sin.

All while thinking I was better than most people because I was so “disciplined”.

Which cause me to be selfish, prideful, and a new-age religious pharisee.

SO, How and when did it all change?

I want to go through this blog series in the actual order of how things have unfolded in my life, and my relationship with God.

There is a LOT to say about what the Lord has done FOR me, and what He has changed IN me.

I hope you will follow along, so we can learn and grow together,

Until next time, take one day at a time. 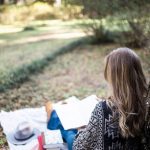 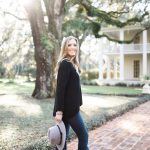 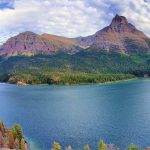 8 Things To Know Before Going To Glacier National Park 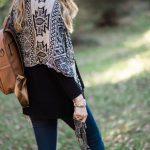 Is God Fair? Is God Good?